It just doesn’t get any easier than these 3 Ingredient Cinnamon Sugar Pecans! This is one of my favorite Southern snacks The shortcut is not having to use a candy thermometer or cook anything on the stove before putting them in the oven. 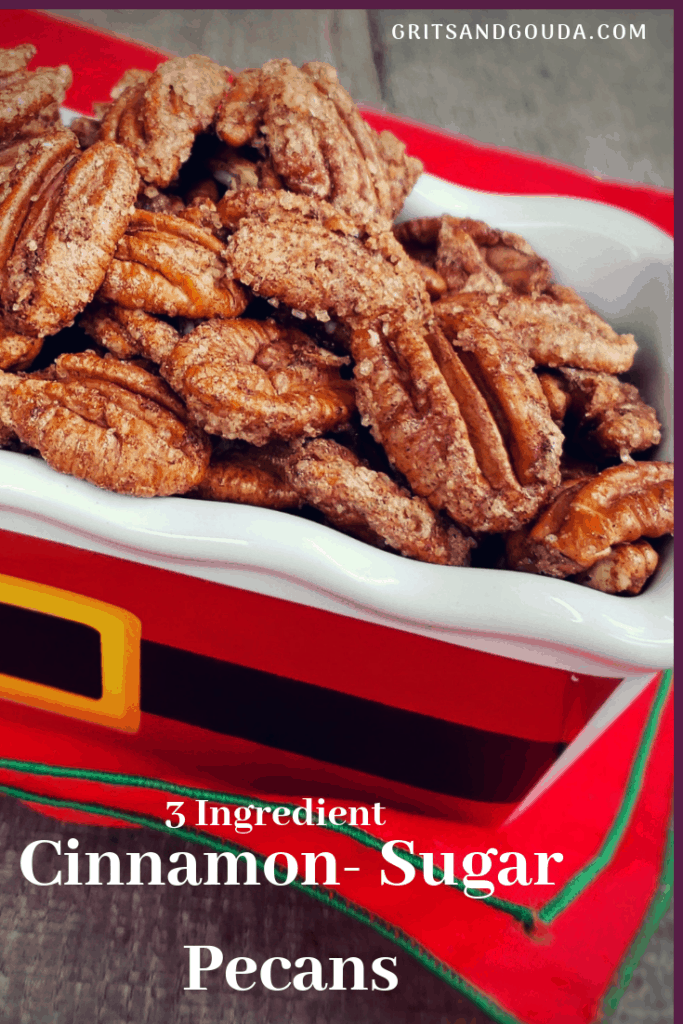 The prep takes less than 2 minutes, then it bakes for 40 minutes in a slow oven. The results are crunchy, cinnamon sugar-coated toasted pecans ready for Christmas gift giving, office party snacks, or treat bags for all your friends!

They are  perfect for snacking while watching the big football game, too! 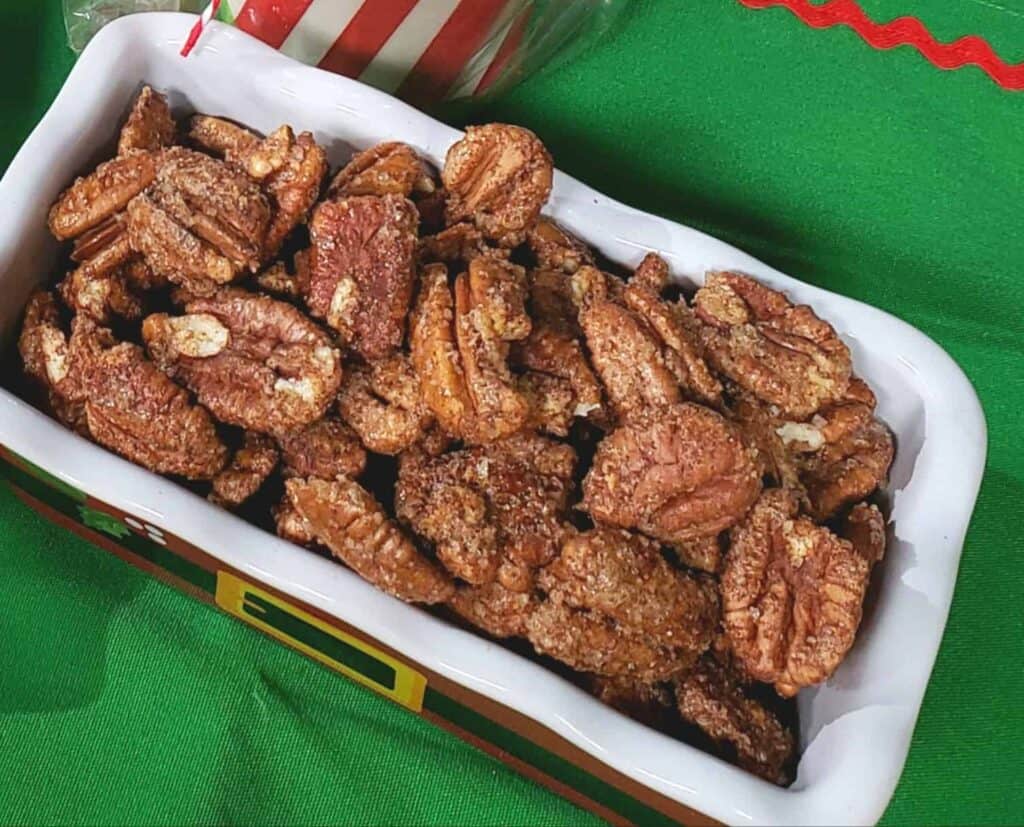 I made these today on the ABC 33/40’s Talk of Alabama morning show. This picture is straight from the tv set- no time to shoot a beauty shot of them at home that early in the morning. 3 Ingredient Cinnamon Sugar Pecans are a go-to recipe when you want to make something homemade for gifting but don’t have a lot of time. Decorated sugar cookies can take all day, right? I guarantee these will get just as many compliments and your kitchen will still be clean after making them! 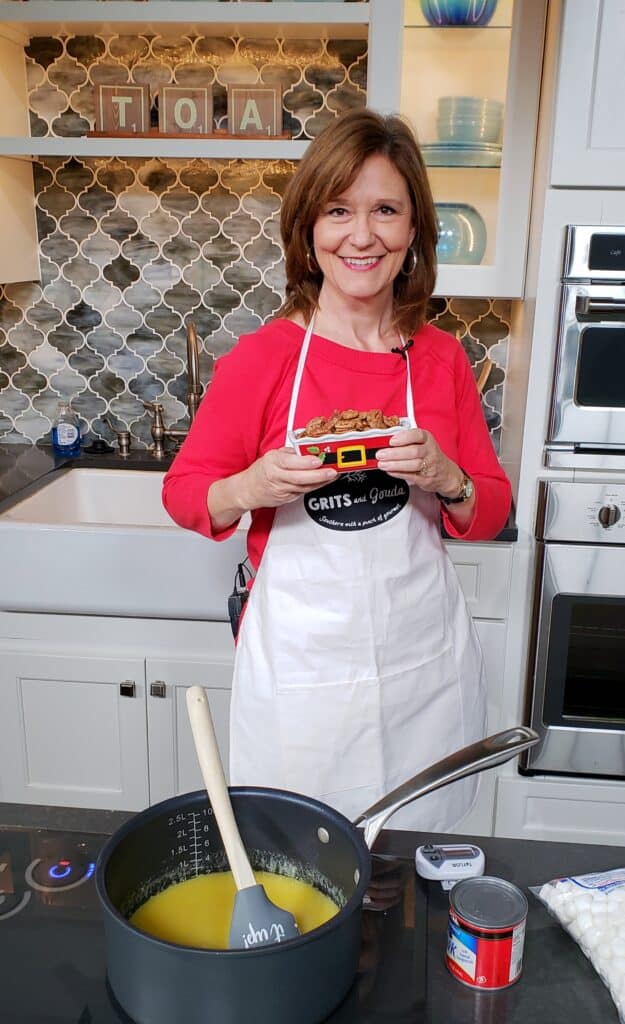 The mixture you see in front of me on the stovetop is the beginnings of Cookies n Cream White Chocolate Fudge. My shortcut version is yummy and makes great Christmas gifts, too! 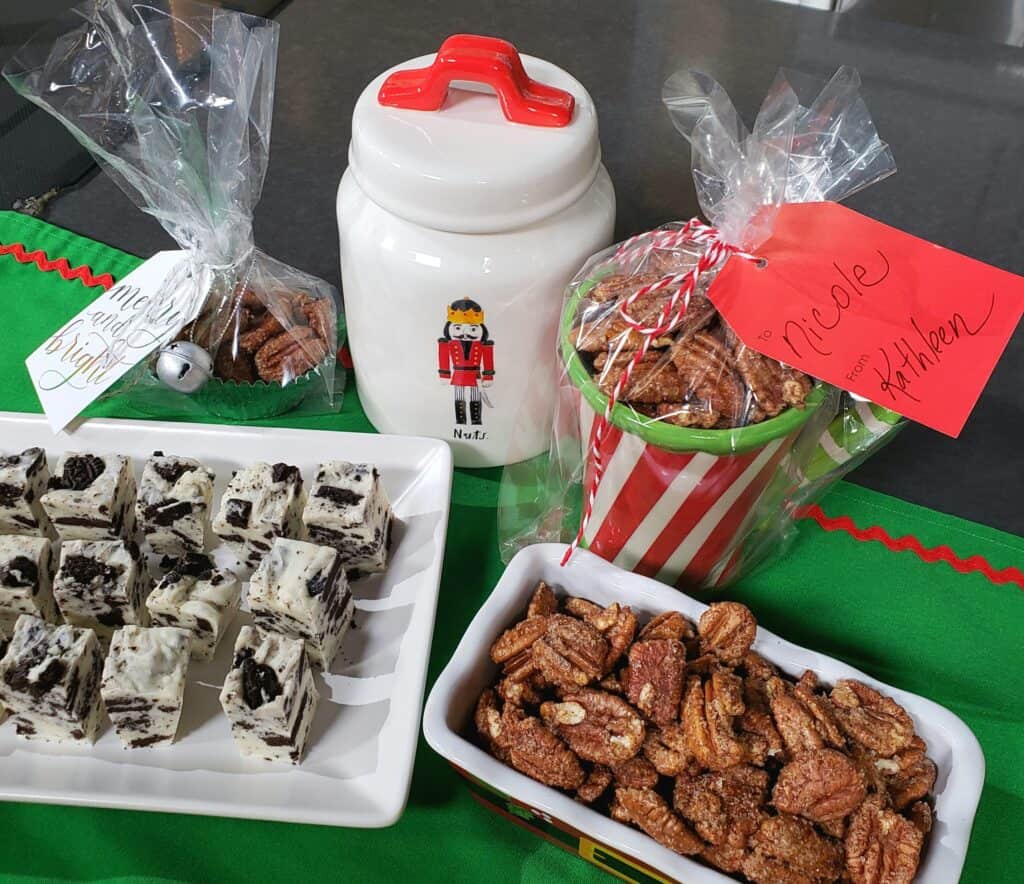 To make the Cinnamon Sugar Pecans, beat one egg white in a large bowl with a fork until frothy. Dump in 1 pound or 4 cups of pecan halves.

You can buy pecans at a grocery store, but I have friends at church, Ken and Becky Moore, that give us pecans in the shell. My husband and son’s job to sit in front of the tv in the winter and pick out pecan meats. If they’re sittin’, they’re pickin’.

The beaten egg white coats the pecans which gives the cinnamon sugar something to cling to on the pecans. This is what gives these pecans that crunch.

The last step is to stir in the cinnamon sugar until all the pecans are coated. Spread them out in a single layer on parchment paper or silicone baking mats in a baking sheet. Bake them in a 250 degree oven for 20 minutes. Then, stir them with a thin metal spatula (so you don’t break up the pecans). Then, bake another 20 minutes and you will b amazed at how crunchy and irresistible they are. You will be eating them by the handfuls. 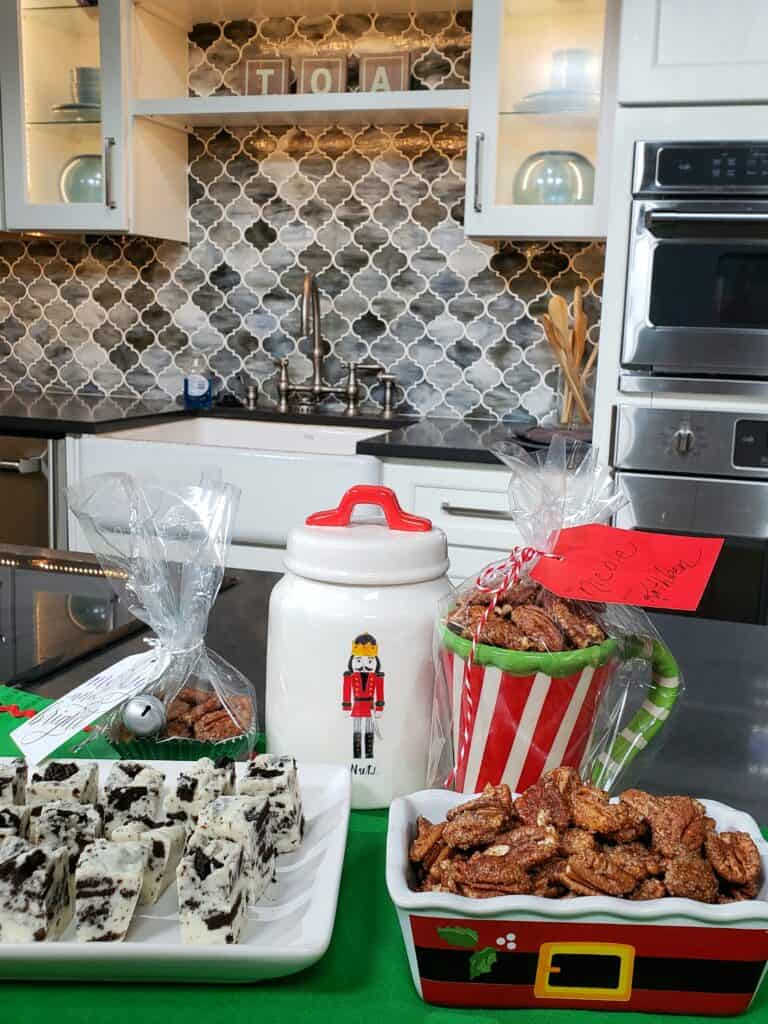 Whether you are serving them at a Christmas party or gifting them to teachers or neighbors, make sure you make enough for snacking- you will thank me for that tip!

A couple of food gift presentations: I piled them into a festive Christmas cup and wrapped the whole thing in a cellophane bag with ribbon and a gift tag. On the left, I placed a foil cupcake liner in a small cellophane bag (I keep these on hand in all sizes).  Then, I added the pecans just to fill the liner. I tied a silver bell ornament to a gift tag and tied the bow. The container in the middle is a Rae Dunn ceramic container with a Nutcracker soldier on it that  I filled almost to the top with nuts….This holds a lot of pecans, so you gotta like the person you give this one to a lot!

Watch my video segment below from ABC 33/40’s Talk of Alabama on how to make 3 Ingredient Cinnamon Sugar Pecans. Click the image below to watch. 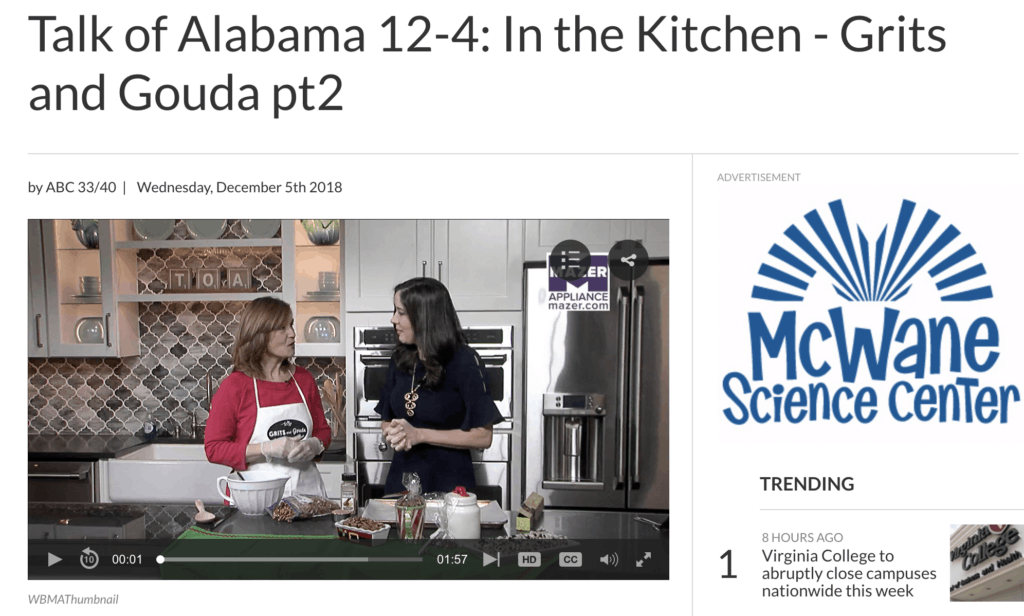 If you like these food gift ideas try some of my other “gifting” goodies. Cookies n Cream White Chocolate Fudge, Sugardoodles, Microwave Cranberry Pistachio Brittle, and Microwave Peanut Brittle. 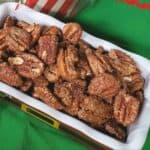 These are super easy to make and only a few minutes to prep before putting them in the oven. Be warned! They are addictive! Great for Christmas gift giving.
Course: Snack
Cuisine: American
Keyword: candied pecans, finger food, party food, pecans, snacks, sugared pecans
Servings: 5 cups
Author: GritsAndGouda.com

Get the exclusive content you crave straight to your inbox. 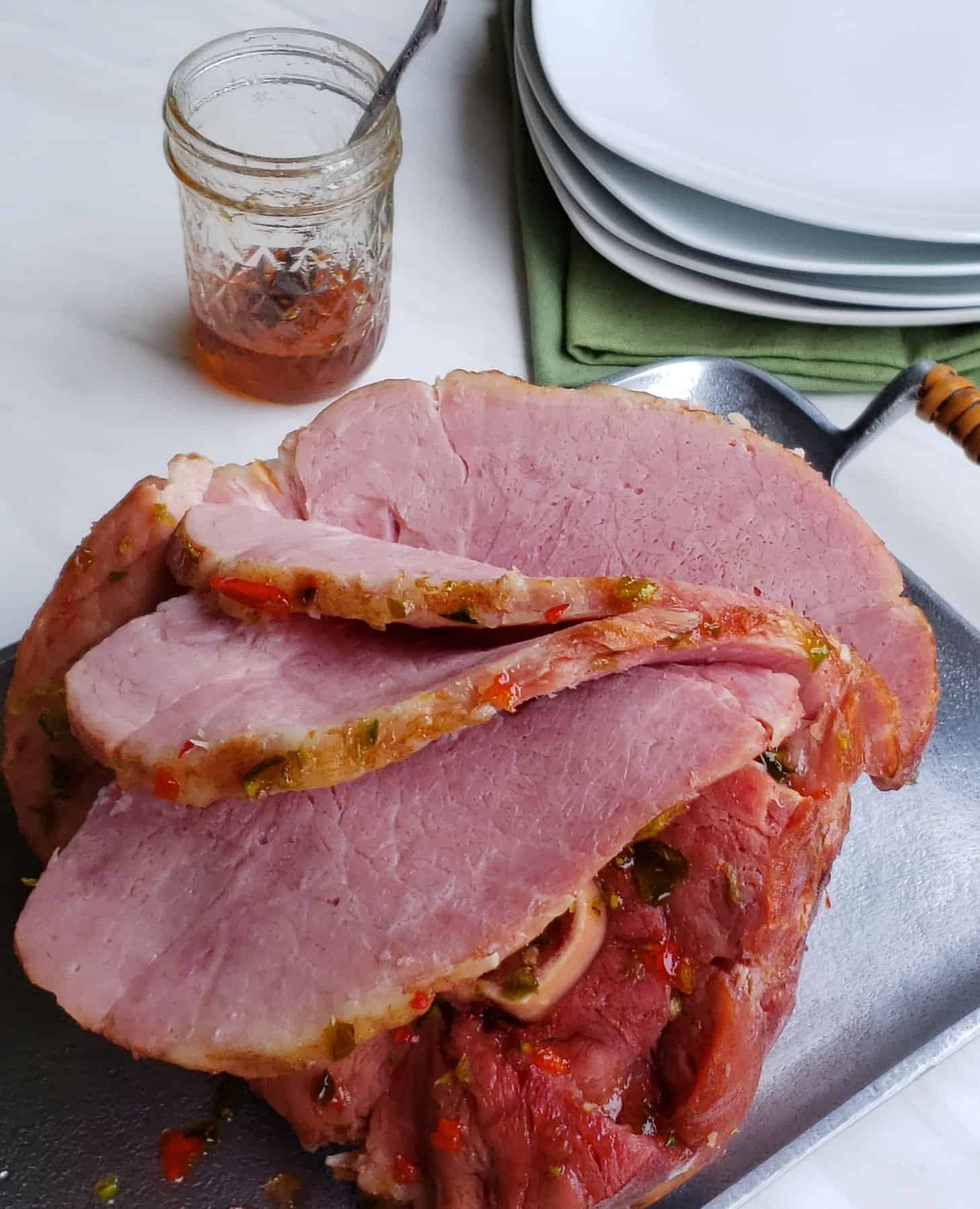 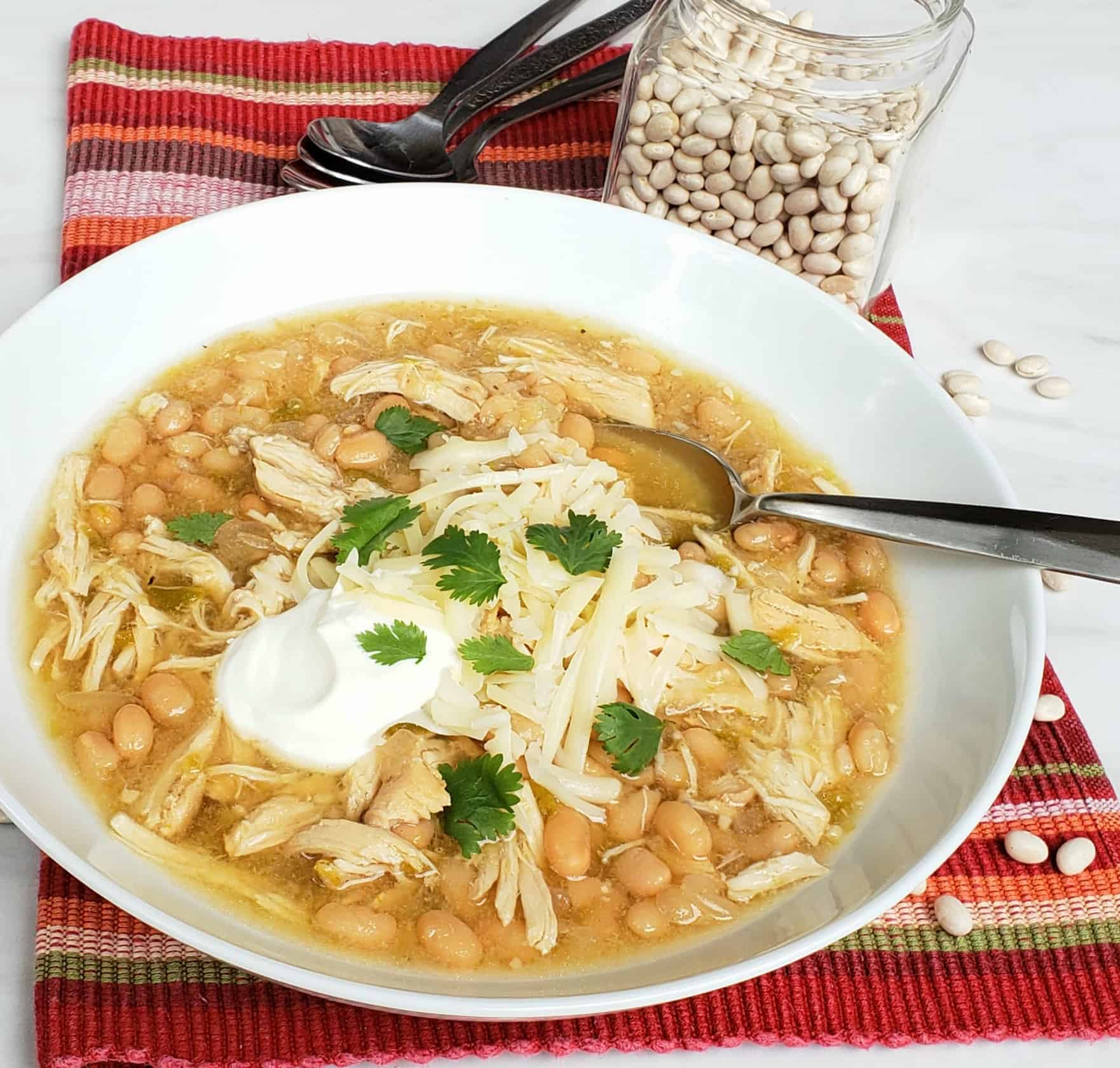 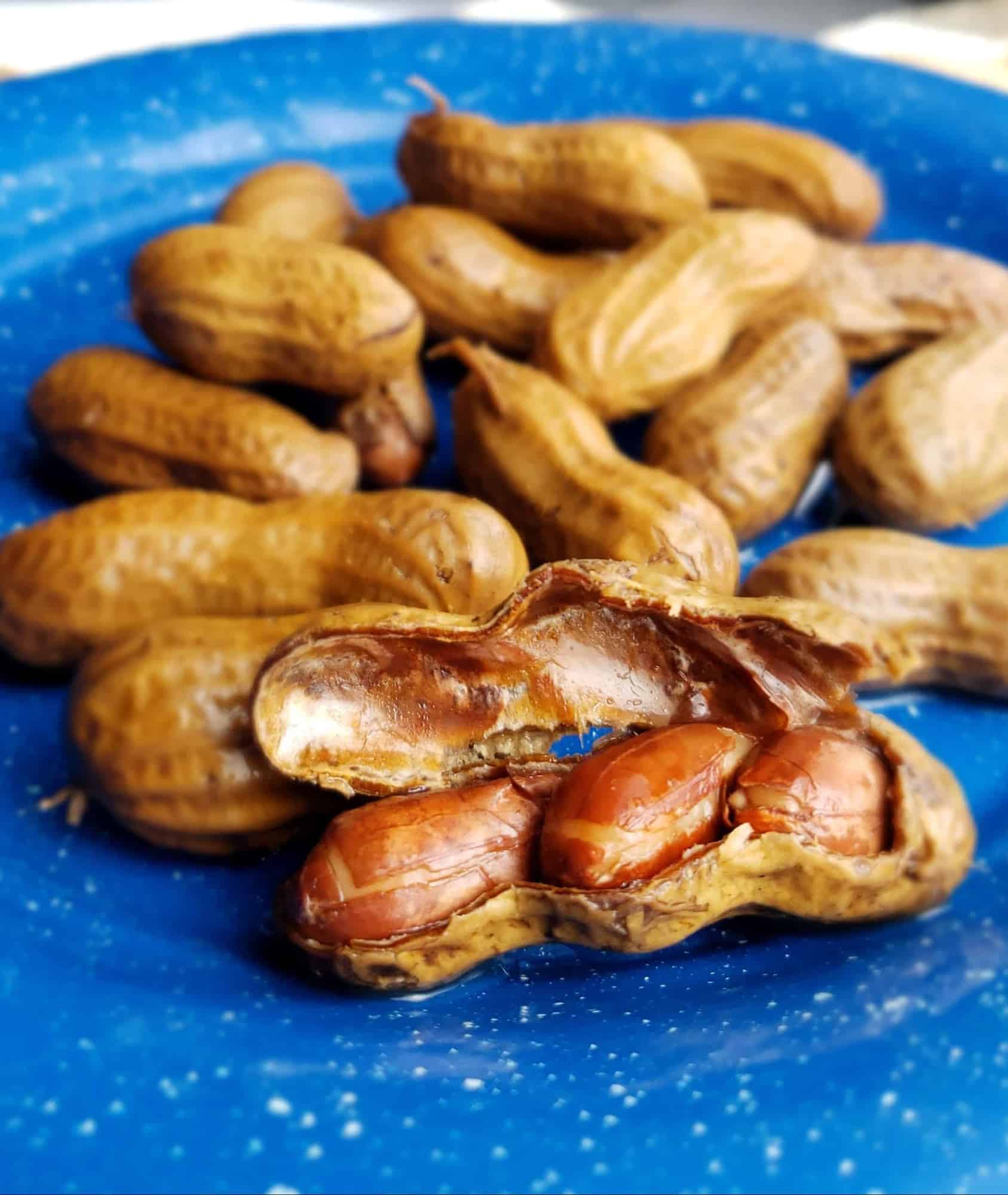 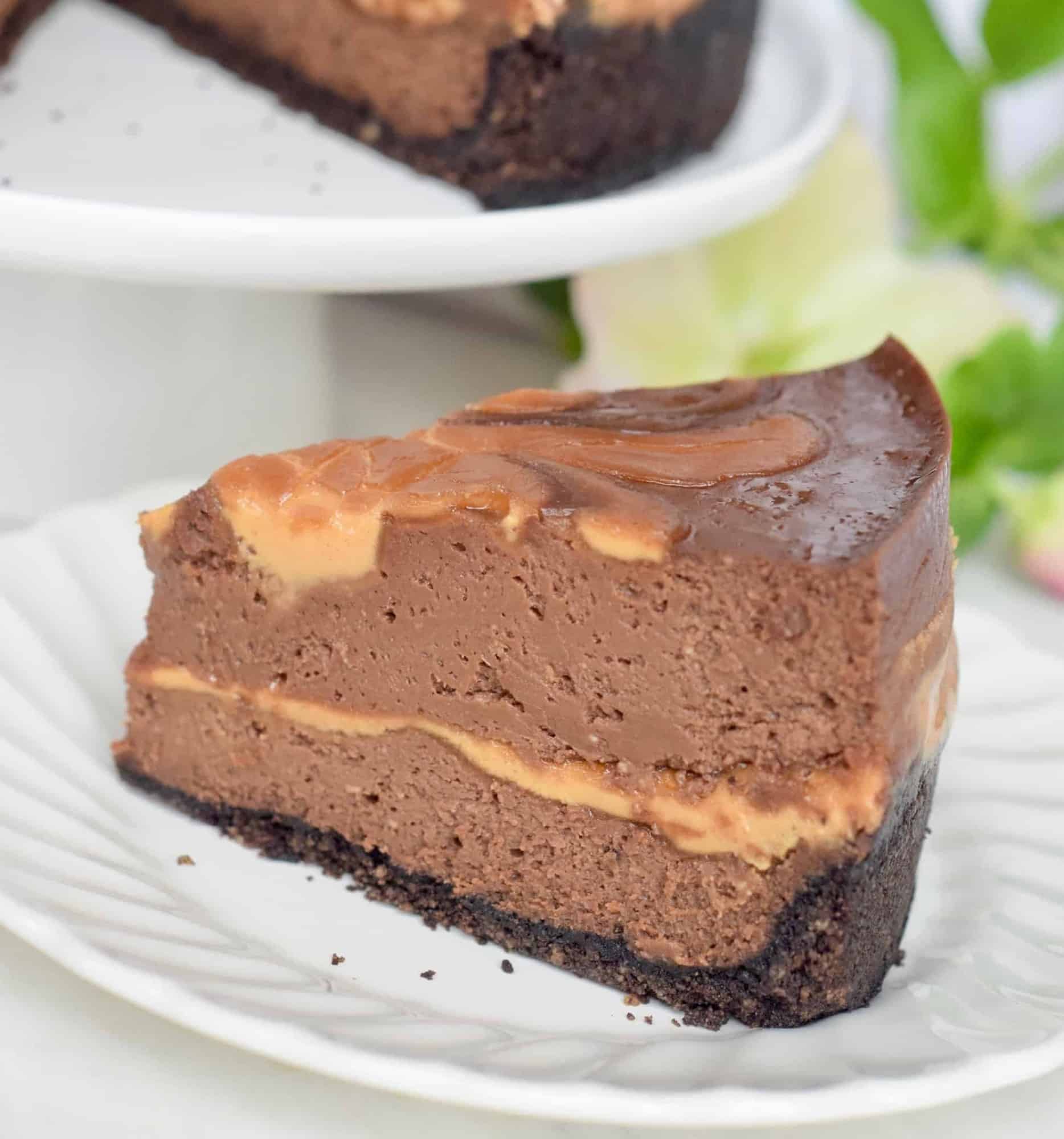 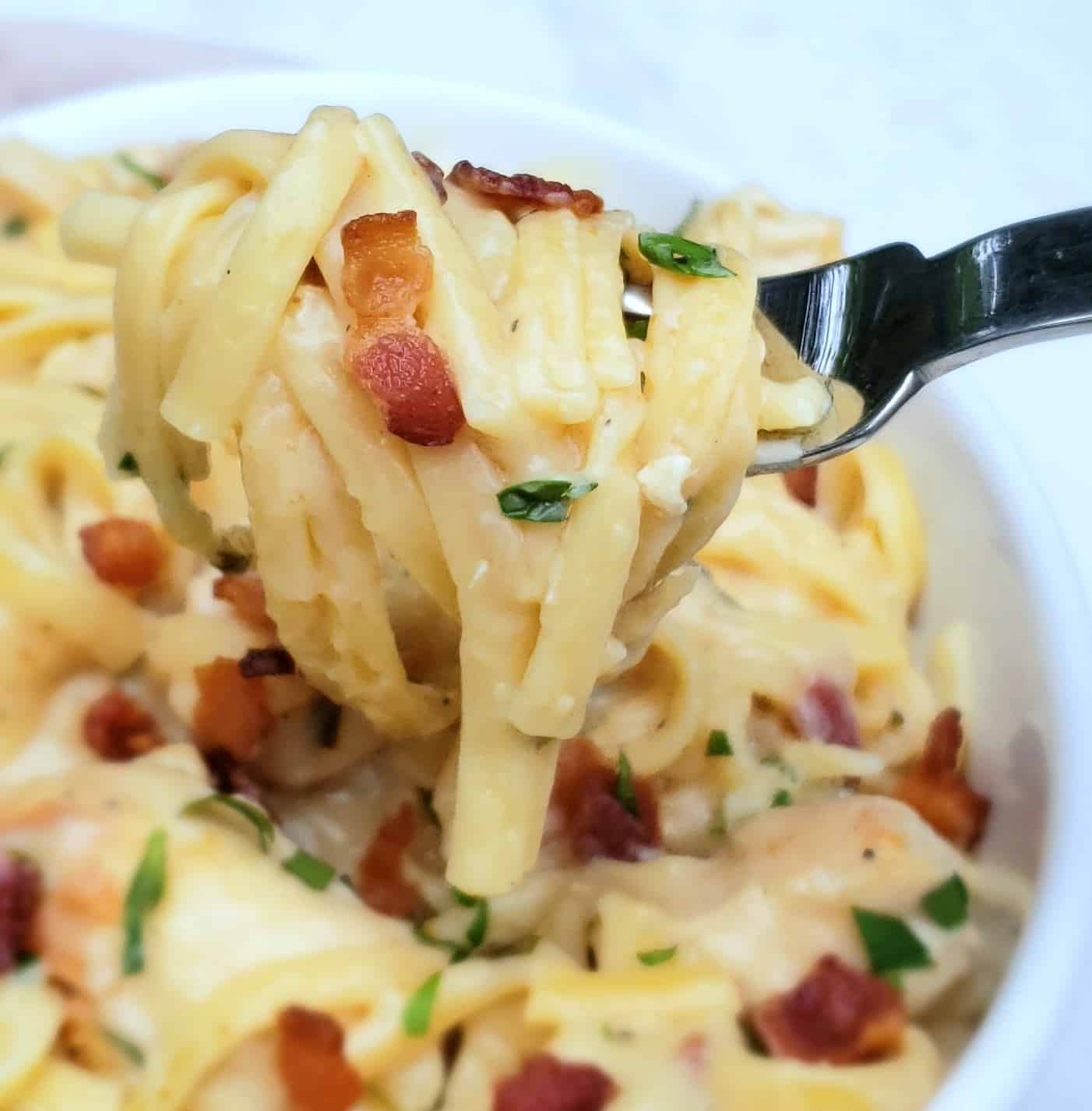